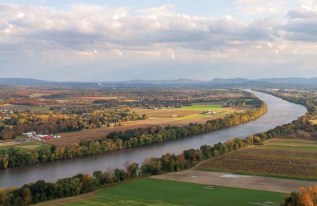 A view of the Connecticut River from Mt. Sugarloaf. The Silvio O. Conte National Wildlife Refuge was established to conserve wildlife and their habitats in this 7.2 million acre watershed. A number of endangered animals call this area home.

National wildlife refuges protect important land for wildlife. They restore and enhance habitat, and they engage visitors in the Service’s conservation mission.

During National Wildlife Refuge Week in October, we focused a series on how national wildlife refuges help recover threatened and endangered species and how they help accomplish the mission.

Here’s what you should check out:

Now, get out to a wildlife refuge and experience it for yourself!