The most important reason to be thankful for the ESA is because of the results it achieves. Since the ESA was passed in 1973, it has saved 99 percent of the species protected by it from extinction. 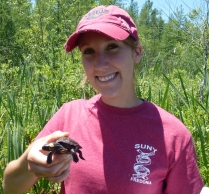 I’m Bethany Holbrook, and I volunteer at our New York Field Office. You’ve heard from me every week for several months as I share tales from the great state of New York.

With Thanksgiving around the corner, I would like to pay tribute to the work of conservationists in our agency and other resource agencies working to recover at-risk species.

Without the work of these biologists, we couldn’t celebrate the recovery of some of our favorite wildlife species, nor protect others from extinction.

This year, the Endangered Species Act celebrates its 40th anniversary; forty years of protecting imperiled species and their ecosystems.

Sure, the species listing and delisting process can be long and sometimes confusing, but it gives us a reason to celebrate our gratitude for the biologists that uphold this important Act and the species they help save.

Did you know that you can propose an animal or plant for protection under the ESA? Any member of the public can do so at any time.

Through our candidate assessment process, biologists annually assess and then identify species most in need of the ESA’s protection.

Species are considered for listing based on their population status and the threats.

Sometimes the Service has enough information to suggest that a species warrants protection under the ESA, but first must use its resources to address other species with higher conservation needs, as well as meet court-approved settlement agreements.

Those species become “candidates” for listing. Though candidates do not receive official protection under the ESA, their status often brings federal, state, and private resource agencies together to improve habitat and reduce or remove threats so that the species’ status is improved. 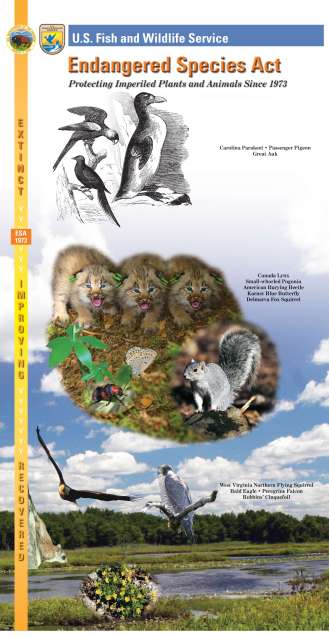 These lists contain the names of all species of mammals, birds, reptiles, amphibians, fishes, insects, plants, and other creatures that have been determined by the Service and the National Oceanic and Atmospheric Administration-Fisheries to be in the greatest need of federal protection.

A species is added to the list if any of the following factors cause it to become threatened or endangered:

See the list of species in New York that are listed as threatened, endangered, proposed for listing, or candidate species. See a list of the species that have been delisted.

The Service and its partners are achieving great successes for the many species that are protected by the ESA. Check out stories by state on our interactive map! We’ve added to our Northeast states all year as part of the celebration of the 40th anniversary of the ESA.

The ESA has given us a lot to be thankful for; a gift that will last for generations, thanks to the people who uphold it.

1 thought on “Thankful for the Endangered Species Act”