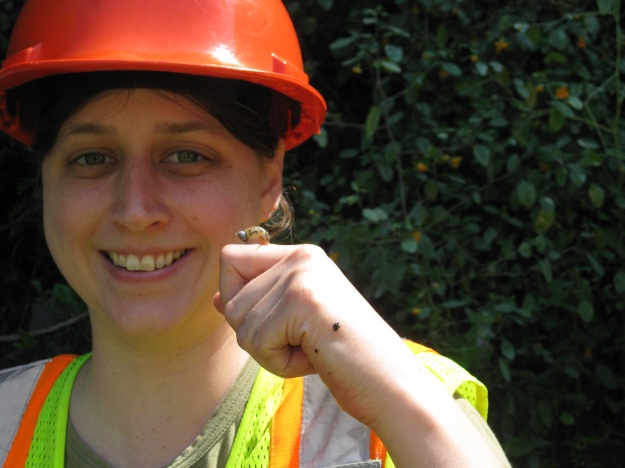 They glide along and seem to know exactly where they are going. They are curious creatures. If you can convince yourself to lean in close and listen very carefully when they’re eating, you may actually even hear them munching away. 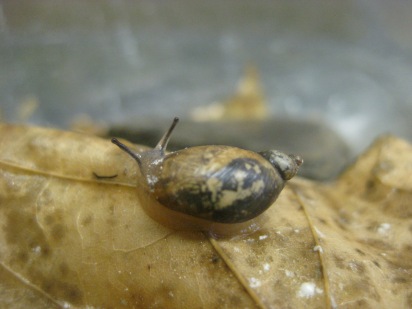 I’ve been working with and watching snails since 2010 now. If you weren’t before, I’m sure your fascinated now, right?

Let me expand: I work in New York with one of the world’s rarest critters, and it is in fact a small land snail. This thumbnail-sized snail, the Chittenango ovate amber snail, is quite famous in the wildlife world. Across the globe, it is found in just a single location: Chittenango Falls State Park.

At the base of a waterfall 167 feet in height, this unique species goes about its business living among rocky ledges and lush vegetation. 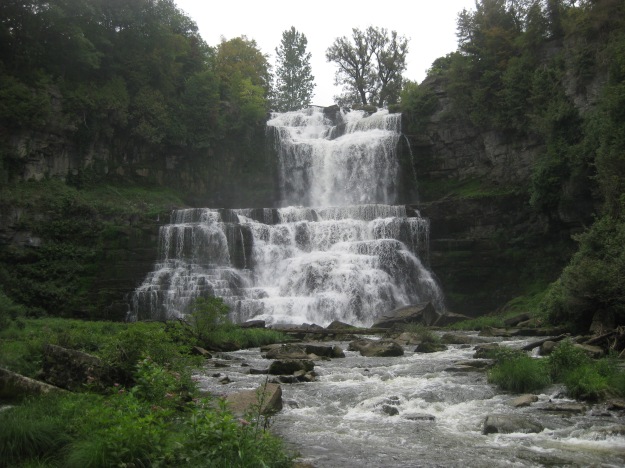 While similar fossil shells have been found as far north as Ontario, Canada and as far west as Tennessee and Iowa, the only known living population of these small snails is at the edge of this waterfall in Chittenango Falls State Park. Credit: Cody Gilbertson

For my graduate research at the State University of New York, I am trying to put myself in the snail’s shoe so to speak (did you know snails have just one foot?) to figure out what is necessary for survival.

What do they eat? What conditions do they need to survive? How the heck do they live through upstate New York winters? 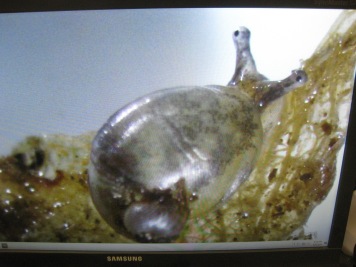 A BABY SNAIL. It only looks horrifyingly large because it’s under a microscope. Credit: Cody Gilbertson

I am researching methods to increase this snail’s overall numbers with a goal to help stabilize their population and create a template for other conservation efforts for land snail species. We hope to breed them in captivity, and have successfully bred a surrogate snail species within the same family as the endangered snail (roughly 3,000 hatchlings! Check out the baby snail pictures). I am also looking into how many other snail species live in isolated populations within New York State.

Not many people slow down to examine the small beings on earth. Some may be almost invisible, but they all play big parts in our world. So next time you’re feeling rushed in life, take a moment to watch a snail. You’d be amazed at the calm steady creature before you! 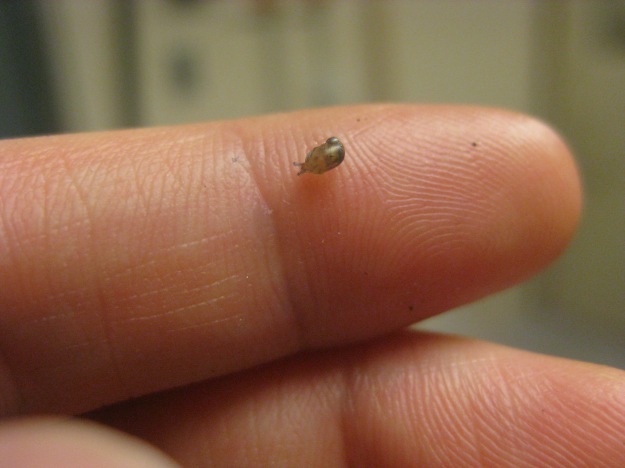 And another baby snail. Now you can tell how tiny they really are. This little guy was born in captivity. Credit: Cody Gilbertson

1 thought on “Need to slow down your fast-paced life for a moment?”