This post is part of of short summer series featuring blog posts from our Hispanic Access Foundation interns. Today, we are hearing from Ariel Martinez, who spent the summer at Iroquois National Wildlife Refuge in New York. Read more posts in the series here.

Ariel, after banding a purple martin.

For Latino Conservation Week back in July, I partnered with three different Boys and Girls Club locations, as well as two community centers. Because the refuge is positioned in between Buffalo and Rochester, I wanted to make sure we were reaching both cities. For my very first event, I worked with kids from the STEM program in the Rochester Boys and Girls Club. We went to the nearby Genesee Valley Park and did a nature photography program. The kids enjoyed it and got to pick their favorite nature photo to be framed.

The second event was at the Belle Center in Buffalo. It was a large event, and staff from the refuge helped support me. It was a blast, and the kids had a lot of fun doing things like making plaster casts of animal tracks, learning about food webs and looking at insects. The other three events were pelts and skulls lessons. I went to the Massachusetts Ave. Boys and Girls Club, the Beecher Boys and Girls Club, and the West Side Community Center in Buffalo. I taught kids about the local mammals using furs and replica skulls. There was also a voluntary wildlife ID quiz I laid out that many kids decided to try on their own. It was an amazing experience to see what things kids knew, or what they imagined about the things they saw. 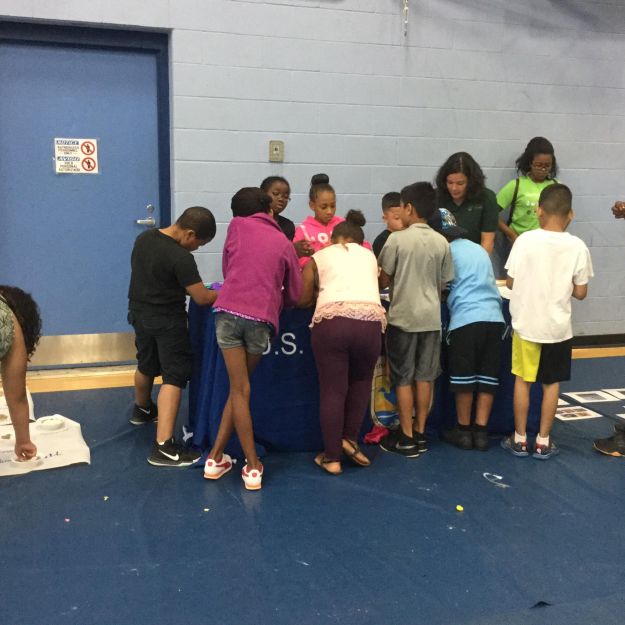 My personal favorites how many people guess that the deer skull is a dinosaur and that the beaver pelt is a bear! I’ve also gotten the chance to work with monitoring and banding birds. Some of the birds I’ve gotten to work with are purple martins, Eastern bluebirds, and tree swallows. It has been really busy, but really fun and I enjoyed my time at Iroquois!