Beaches, bagels, and ’burbs: the three B’s of Long Island. If you haven’t been to the island—like me, prior to this week—you probably associate the area with some of these trademarks. But do you know about one of the tiniest but most important ‘B’s on the island—birds? 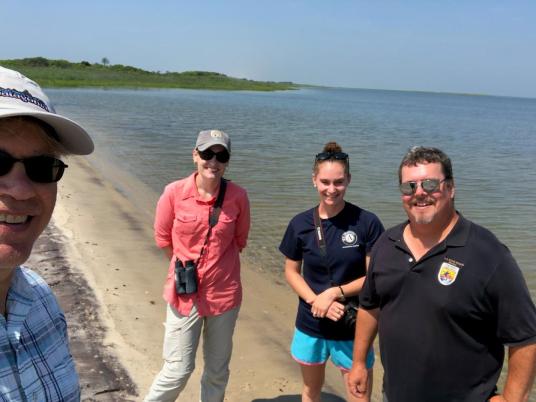 Long Island is a crucial habitat for many birds, including a number of terns, skimmers, and even a few bald eagles. Only if you look very closely in the right places will you see one of the most important birds on Long Island: the piping plover, a tiny shorebird unique to North America that has been considered threatened since 1986.

Piping plovers are small migratory shorebirds with white and sandy coloring that nearly camouflages them in their beach surroundings. The Atlantic Coast breeding population was listed as a federally threatened species in 1986 and are considered endangered within the state of New York. Their entire Atlantic Coast New York population is concentrated on Long Island beaches, where they make their nests for the spring and summer and fortify themselves for their long journey south. As you’re reading this, hundreds of plovers are preparing for their imminent migration to their wintering grounds in far-off tropical destinations like the Bahamas and Cuba. 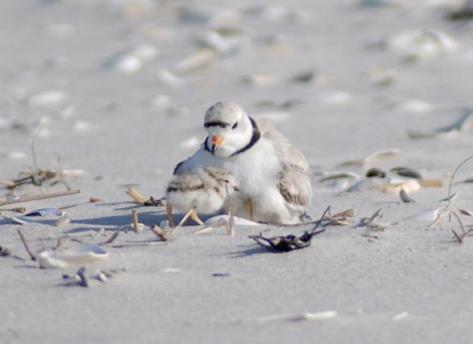 Here you see an adult and chick plover blend in with their surroundings, USFWS.

Piping plovers love sandy open spaces for their summer homes and thrive on the tiny invertebrates that colonize decaying vegetation known as wrack. But due to major habitat loss and disturbance from beach recreation, plover populations have grown precarious.

Long Island is a crucial site for plover protection and recovery.

Arverne, for instance, is a community on the very western part of the island where there was once no hope for plover reproduction. Now, this site is on track to support the Service’s recovery goal of 575 breeding pairs for the New York-New Jersey area. This success comes after years of dedicated efforts by community members, legislators, and scientists to protect the birds and their environment. 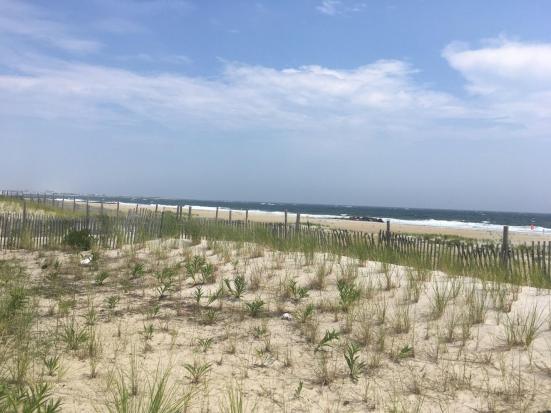 A beach in Arverne, a success story for piping plover recovery, USFWS.

Piping Plovers of the Great Lakes

And while Long Island habitats like these have become hotspots for the plovers, the Long Island gang is not alone in the state of New York.

There is a Great Lakes piping plover population (say that 5 times fast) that is listed as endangered under the Endangered Species Act. The majority of Great Lakes birds nest in Michigan, but scattered pairs occur in other Great Lakes states including New York. This population went from a low of 12 pairs in 1990 to a high of 75 pairs in 2015, but it remains small enough to be vulnerable to shoreline development, public recreation, predators, human disturbance and extreme weather events.

In 2015, after a 30-year hiatus, Great Lakes piping plovers returned to nest in New York State on the eastern shore of Lake Ontario. 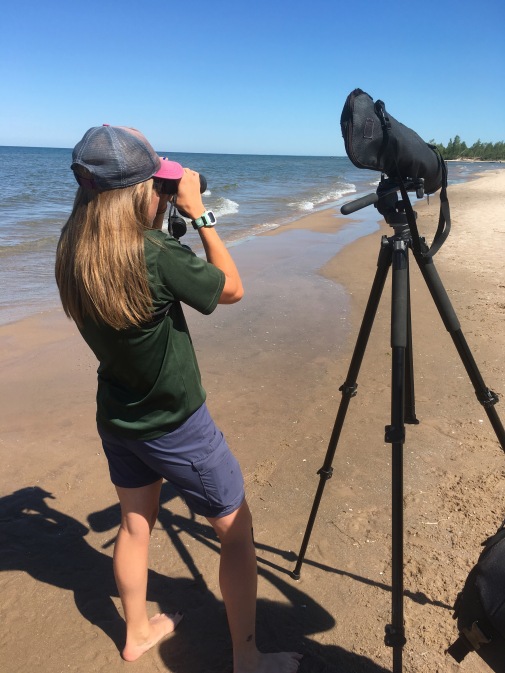 This year there was another documented successful breeding pair that took up residence at Sandy Island Beach State Park in Pulaski, New York. Four plover chicks were reared and fledged while being closely monitored by conservation scientists. The New York State Office of Parks Recreation and Historic Preservation (Parks) designated a protected bird nesting area which allowed these plovers to have a safe place to nest and forage for food. Parks hired full time staff to educate beach goers as well as protect the plovers out on Sandy Island Beach.

Ways we can help protect all populations of piping plovers is to continue to protect and conserve habitat. If carefully and thoughtfully planned, development can occur on shorelines without affecting nesting plovers or landowner enjoyment or access to the shoreline. 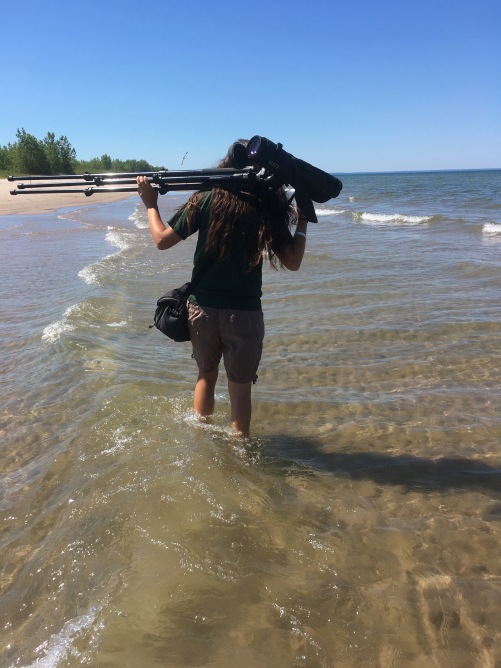 Keeping our distance from the chicks by walking in the water during a health survey, USFWS.

Invasive plants such as spotted knapweed, lime grass and phragmites rapidly take over and alter habitat along the shorelines and dunes, making it less desirable for nesting plovers. Removal of invasive plants each season will help maintain plover habitat.

As a beach goer there are some simple ways we can share the beach with piping plover adults and chicks and help them survive:

Starting in April, sites with proper nesting habitat are surveyed to locate nesting piping plovers. Once a nest is found it is protected by placing a wire enclosure over the nest. This provides protection from predators, while allowing the adult plovers to come and go for feeding. The entire nesting site is posted to inform people to keep their distance.

You can take initiative to help keep piping plovers safe and continue to allow this amazing migratory species to not only survive, but thrive.

3 thoughts on “(The Real) Plovers of New York”

Sophie Trowbridge is the educational outreach coordinator for the New York Field Office in Cortland, NY. She is also a veterinarian and yoga teacher. Sophie is Interested in wildlife conservation medicine, One Health, and educational outreach. She enjoys using her veterinary knowledge to translate technical information and make it accessible to the public.