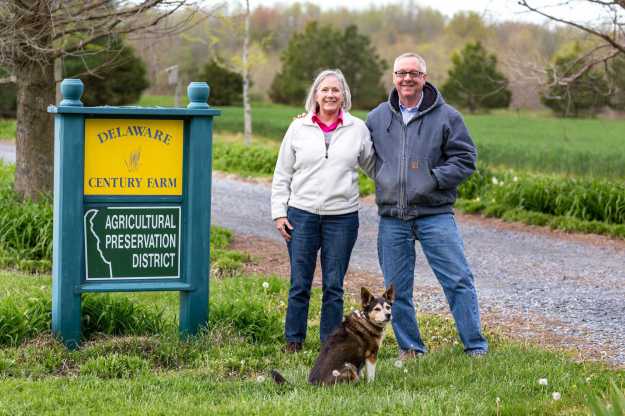 For many a growing season, Matt and Marilyn Spong thought of the wetland on their farm as a problem spot. Year after year, crops they planted there would either fail completely or produce a smaller yield then the rest of the farm.

But rather than abandoning the area altogether, the Spongs got creative: with the help of the Service, Matt and Marilyn transformed their wet spot back into a natural wetland, creating new habitat for dozens of species.

For decades, wetlands in the U.S. have been in decline. A study in the 1980s found that the country had lost an area of wetlands twice the size of New Jersey from 1950 to 1970, restricting habitat for species like migratory birds that rely on wetlands to make their yearly migration. It’s only in recent years that conservation groups like the Service and its partners have been able to reverse that decline, and it’s only worked with the help of private landowners like the Spongs.

And the results, they say, have been worth much more than the crops that would never quite thrive.

“We see a whole lot more shorebirds and water turtles now, and we also see bald eagles that we rarely saw before the wetland was restored,” Matt said. 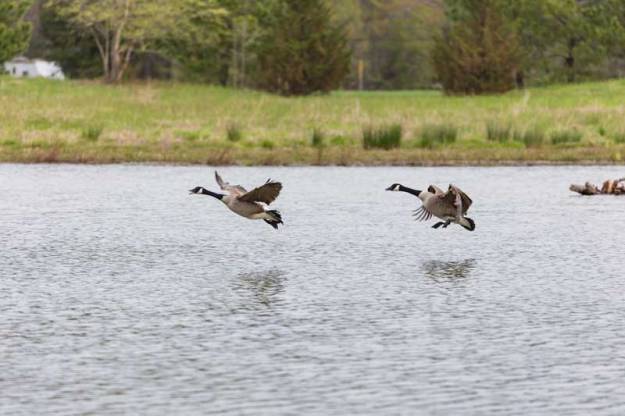 Two Canada geese coming in for a landing over the restored wetland (Photo: Kayt Jonsson, USFWS)

The Spongs’ story is featured in the U.S. Fish and Wildlife Service’s Nature’s Good Neighbors series, which highlights people across the U.S. who depend on the land as much as the land depends on them. These modern-day stewards of the land are working with nature to make a home for people and wildlife.

Some of us merely enjoy nature as a place to visit – others take action to protect it. Gary Lang, a fly fishing guide in Elkins, West Virginia, has done some of both.

In his 40 years on Elkins’ crystal-clear rivers, Lang has not only made a living guiding his customers to some of the best trout fishing in the Northeast, but has also partnered with the Service and others to preserve those rivers for future generations. Having served as the president of his local Trout Unlimited chapter, Lang has worked to restore riverbanks, remove invasive species, and keep the rivers pristine for wildlife and people to enjoy. His efforts have helped improve conditions for native species like brook trout, and have also helped put the rivers of Elkins on the map for fly fishers across the region.

“There is nothing better than spending your day outside in beautiful surroundings, in a country you know and appreciate,” said Lang.

Gary Lang’s story is featured in the U.S. Fish and Wildlife Service’s Nature’s Good Neighbors series, which highlights people across the U.S. who depend on the land as much as the land depends on them. These modern-day stewards of the land are working with nature to make a home for people and wildlife.

Watch this dam be chipped away before your eyes…

Aaaand it’s gone! Thanks to a close collaboration between the Service’s New Jersey Field Office, New Jersey’s Department of Environmental Protection, the National Oceanic and Atmospheric Administration, Stony Brook-Millstone Watershed Association, and other partners, the obsolete Weston Mill Dam was removed from the Millstone River in 2017.

“Dams such as the Weston Mill often present a threat to kayakers and canoers, and cause stagnant stretches of water that don’t hold enough oxygen for fish,” said Melissa Foster, senior fish and wildlife biologist at the field office. “With it gone, we’ve opened 4.5 miles of the Millstone River that had been blocked to migrating fish, such as American shad and river herring, for centuries.”

Weston Mill is the latest in a series of dams to be removed as part of a multi-partner effort to enhance ecological health and recreational opportunities in New Jersey’s Raritan River Basin. Funds for the dam’s removal were provided as partial compensation for natural resource damages caused by chemical releases at the American Cyanamid Superfund Site in Bridgewater Township, New Jersey.

Staff from the New Jersey Field Office’s Natural Resource Damage Assessment and Restoration program worked closely with co-trustees NOAA and the New Jersey Department of Environmental Protection to secure the settlement. The remaining funds will be used for other

Check out the time lapse video of the project above, and watch a drone video about the river below!