Summer is packed with reasons to go outside – fishing, boating, or just taking a walk. On a somewhat cloudy and misty June day, 160 paddlers from 6 states went outside to Float the Fork from Good Hope, West Virginia to West Milford – 6 miles downstream. Indeed, after 9 years of negotiations, plans, and hard work, folks were ready to go outside and celebrate a restored West Fork River! 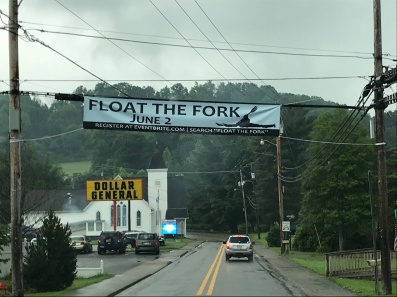 Removing three dams on the river back in 2016 improved boat access and fish passage along the West Fork. But perhaps more importantly to local residents like Clarksburg Water Board Member Al Cox, the river could become a tourist destination and a place to hold fun community events.

Guardians of the West Fork Watershed hosted the first event on June 2, 2018 – Float the Fork – along with partners including American Rivers, the West Virginia Division of Natural Resources, West Milford United Methodist Church, the town of West Milford and the Service’s West Virginia Field Office and Appalachian Fish and Wildlife Conservation Office. The Louis A. Johnson VA Medical Center, CKB Airport also helped shuttle paddlers to and from the river. 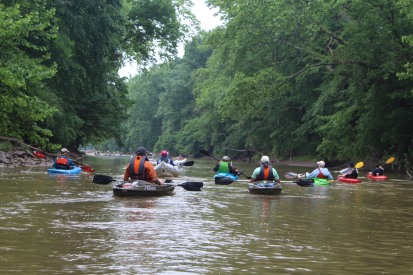 Hope floats on the West Fork River where more than 160 paddlers came out to Float on a misty day in June. Credit_ Haley Hutchins, AmeriCorps

Floating the Fork with your best friend too. Credit_ Haley Hutchins, AmeriCorps

Afterwards, everyone enjoyed a picnic with food from local vendors and learned about plans for West Milford Park. 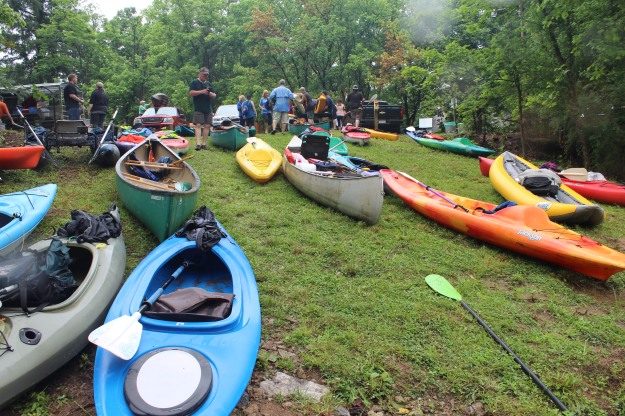 A river walking trail and park are a couple of the other projects that have been launched by the collaboration hoping to restore the river’s recreational and economic potential.

The West Fork River flows north 103 miles, meandering through the valleys of north-central West Virginia until it joins with the Tygart Valley River to form the Monongahela River (or the Mon’ as the locals would say).

Although the area is dominated by forest and pasture land, coal mining had been a mainstay of the region’s economic livelihood from the 1800s to the 1970s.

In the early 1900s, four small dams were constructed south of Clarksburg, WV  – the West Milford, Two Lick, Highland, and Hartford – for drinking water and irrigation.

The dams blocked the river for more than a century. By the late 1990s, the West Fork River and its 98 tributaries were on West Virginia DEP’s list of impaired rivers. Three of the dams became obsolete after the construction of the Stonewall Jackson Dam in 1996.

After a series of tragic accidents, landowners, county officials, state and federal agencies, and a community watershed group came together to navigate a solution for repairing the broken river.

The West Virginia Field Office and Appalachian FWCO proposed removing the obsolete West Milford, Two Lick and Highland Dams. Problems at the Hartford Dam would be mitigated by installing fish passage modifications. Removing barriers to fish passage  would improve and increase the amount of suitable habitat for fish and other aquatic life, as well as, improve fishing and boating opportunities, promote safety, improve water quality, and reduce flood risks to nearby communities. 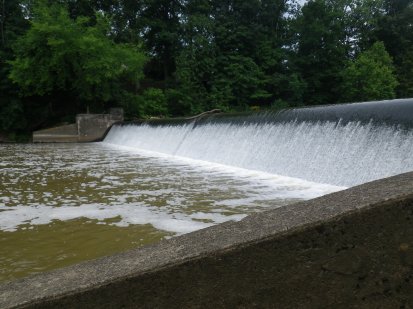 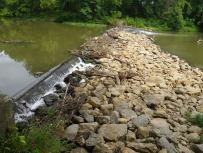 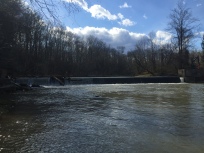 The project took years of building trust and planning. Eventually, the collaboration gained community support to move forward with the project – remove the dams, restore the river-banks, and build a trail and park that would connect everyone to the river. A cleanup effort led by the Service and volunteers removed more than 61,000 pounds of trash from the river – including 1,212 tires, several televisions, and even a car. 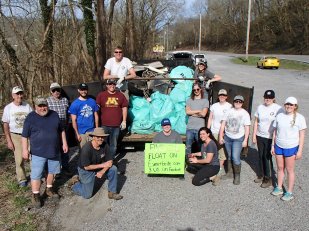 Miles of river were cleaned, with 61000 pounds of trash removed from the West Fork River, thanks to the coordination and dedication of these volunteers. Credit_ N. Millett, FWS. 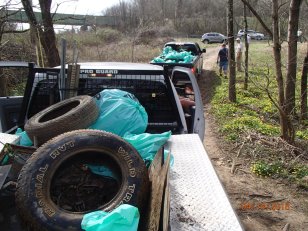 This would mark West Virginia’s most significant river restoration effort and first dam removal project. Since the deconstruction of these century old dams in 2016, fish move freely through 491 miles of streams and tributaries. And the Clarksburg Water Board reports a savings of at least $50,000 dollars a year in water treatment costs.

Damages to the environment can take a lifetime to repair. But removing the ‘kinks in the line,’ allowing rivers and streams to run free, can go a long way towards restoring rivers and the quality of our water. When nature takes its course, sediments are distributed naturally and sustain good fish habitat, nutrients and contaminants break down as they move through the system, and fish return. 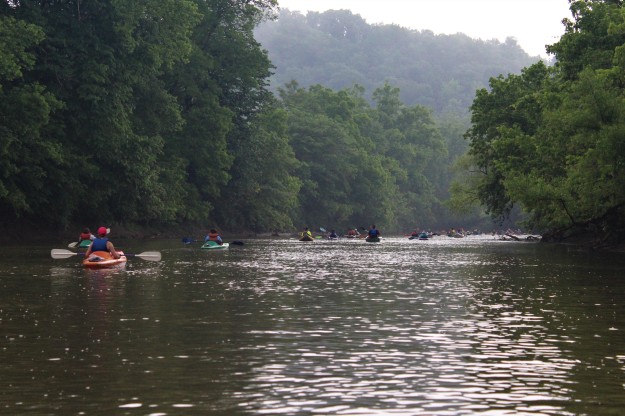 The West Fork River restoration shows us how hope, integrity and perseverance can be a catalyst for restoration and how it doesn’t always take decades to see results.The actual repair and resulting improvements took only 2 years to realize. 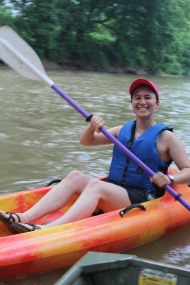 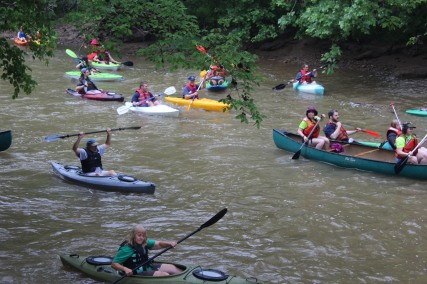 I don’t live in West Virginia, and may never get to the West Fork, but I feel a lot better knowing another place in our world has been restored. Thanks for giving us hope y’all!