In addition to preparing for their annual Philly Fall Nature Festival, John Heinz National Wildlife Refuge in Philadelphia staff took time to participate in a fantastic citizen science research study for the monarch butterfly! Monarch Watch, who organizes this research, uses information collected by citizens to study the monarch butterfly migration and population!

Learning about the monarch lifecycle. 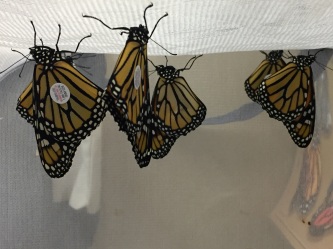 Monarchs waiting to be released

Butterflies migrate to the Monarch Butterfly Biosphere Reserve every year, where the temperature and humidity is just right for them to survive. Monarchs huddle together by the millions until the following spring. By placing a small, informative sticker under the hind wing prior to the fall migration, you can gain information about that specific monarch when the tag is collected next spring. 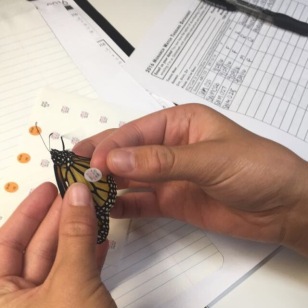 Tagging a monarch and recording its identification number. 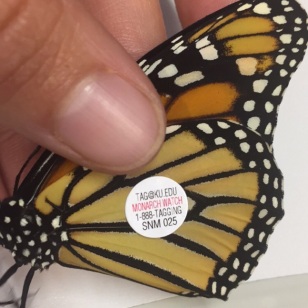 The tag has a phone number, email address, and identification number.

Staff members at John Heinz Refuge were able to share this incredible process with students participating in the Philly Nature Kids program. Two classes were lucky enough to witness the monarch emerging from their chrysalis! Students learned about the lifecycle of the monarch and will participate in a symbolic migration by sending paper butterflies to students in Mexico who will watch over them for the winter. 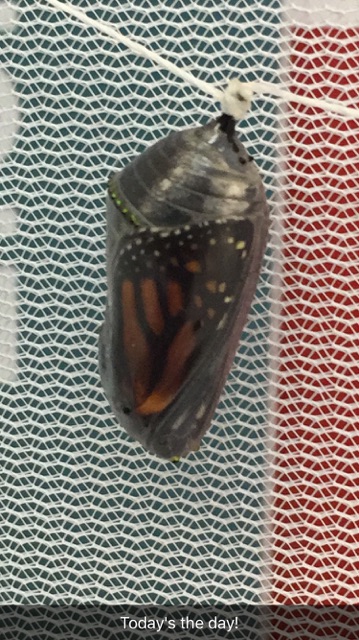 Only hours before the monarch emerges, you can see the black and orange wings. 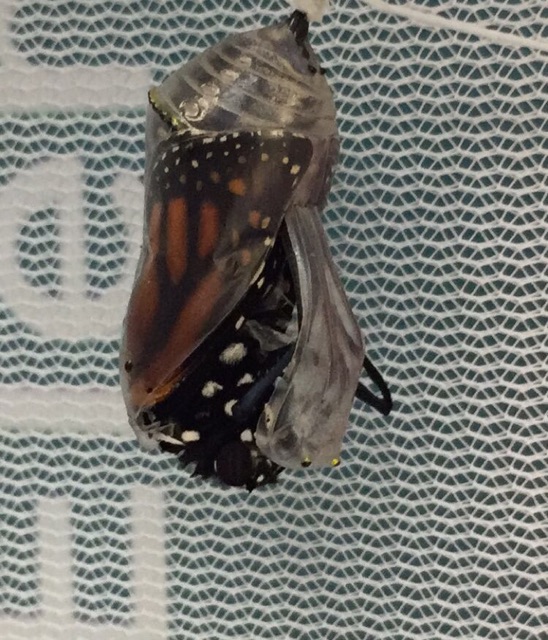 A monarch begins to emerge.

Additional monarchs will be released during the Philly Fall Nature Festival on October 1! All are welcome to witness the send-off of these beautiful, long distance fliers. Learn more about how you can support monarch conservation efforts!

Visit the refuge’s Facebook page for information about the festival.

Today Curtis Bennett from the National Aquarium in Baltimore writes in to share his experiences from the 2015 BioBlitz at Masonville Cove. Here he explains his mission to  conserve wildlife and engage the community through citizen science to preserve species like the iconic monarch butterfly.

The National Aquarium’s Conservation Department recently hosted its second annual Masonville Cove BioBlitz. Masonville Cove is an urban wildlife refuge partnership site in Baltimore, Maryland, encompassing 54 acres of upland area, including tidal wetlands and vernal pools, as well as 70 acres of water, which provide valuable habitat for a variety of plant and wildlife species. This annual bioblitz provides a snapshot of the biodiversity of Masonville Cove. The Masonville Cove BioBlitz is unique because it encourages local students and community members to work with scientists,  provides exposure to the  outdoor environment and local wildlife and it helps to build a strong connection to Masonville Cove. 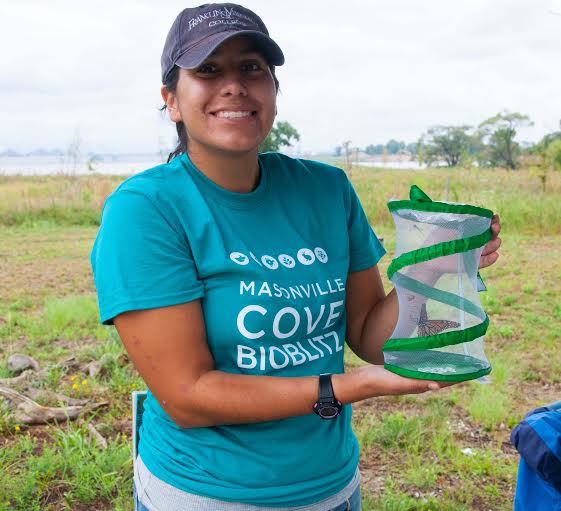 Several monarch butterflies were spotted during the bioblitz and we were able to educate participants about their unique migration journey. Photo Credit: Pat Venturino

From tracking biodiversity to connecting urban residents to nature and experiencing the power of observation and discovery, the Masonville Cove BioBlitz provides an example of how just one event at a single site can encompasses the core values of the Greater Baltimore Wilderness Coalition. This alliance, which includes the National Aquarium and the Service, supports a vision of expanding a connected and protected green infrastructure network in central Maryland, from the Chesapeake Bay to the Piedmont. Large-scale green spaces, such as Masonville Cove, within the Greater Baltimore area are critical in order to ensure the protection of local biodiversity. Additionally, environmental education programs such as a bioblitz, allow people the opportunity to explore these natural areas, observe the local species and learn how they can further contribute to conservation efforts. 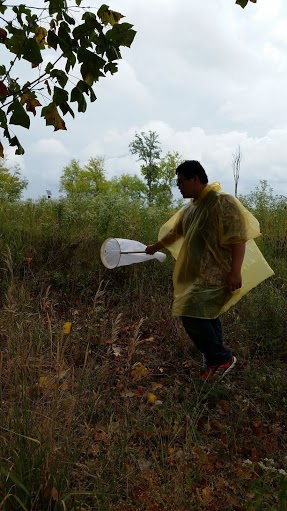 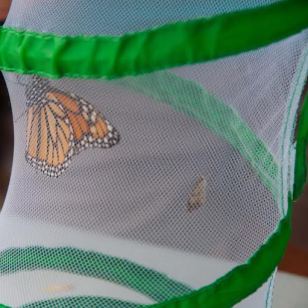 A monarch that was added to citizen science data! Photo Credit: Pat Venturino 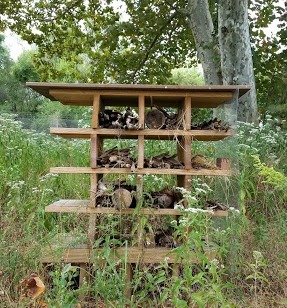 When citizen science projects and apps are directly tied to specific conservation efforts, the impact is even more powerful. Not only does this increase conservation awareness but the project and/or app serves as the tool to encourage public involvement. During this year’s bioblitz the National Aquarium highlighted one such project/app- Journey North, which seeks to track migratory species, such as the monarch butterfly. Masonville Cove provides critical habitat for monarchs, given the presence of three local milkweed species and other nectar sources. Throughout the bioblitz, participants observed several adult monarchs and upon learning their conservation story, were encouraged to further conservation efforts by tracking their presence or by providing wildlife habitat through our certification program. Continued efforts to connect people to nature and empowering them to take conservation actions will ensure that species such as the monarch butterfly will continue to be observed at the Masonville Cove BioBlitz for years to come.