Today we discuss diversity in hunting with Eric Morris, an avid hunter, fisherman, and all-around outdoorsman. His passion inspired him to found the Black Wolf Hunting Club in 2011, with the mission to promote the sport of hunting in the African American community, and to increase representation of African Americans in the outdoors. Eric’s goal is to close the gap between communities and access through education, written media projects, and hands-on hunting, shooting, and other outdoor experiences. In addition to founding the Black Wolf Hunting Club, Eric has travelled the country to speak about diversity in hunting, met with the National Shooting Sports Foundation to discuss the topic, taken entire families on guided hunts, served as a hunting mentor, and is currently writing a book on the subject. 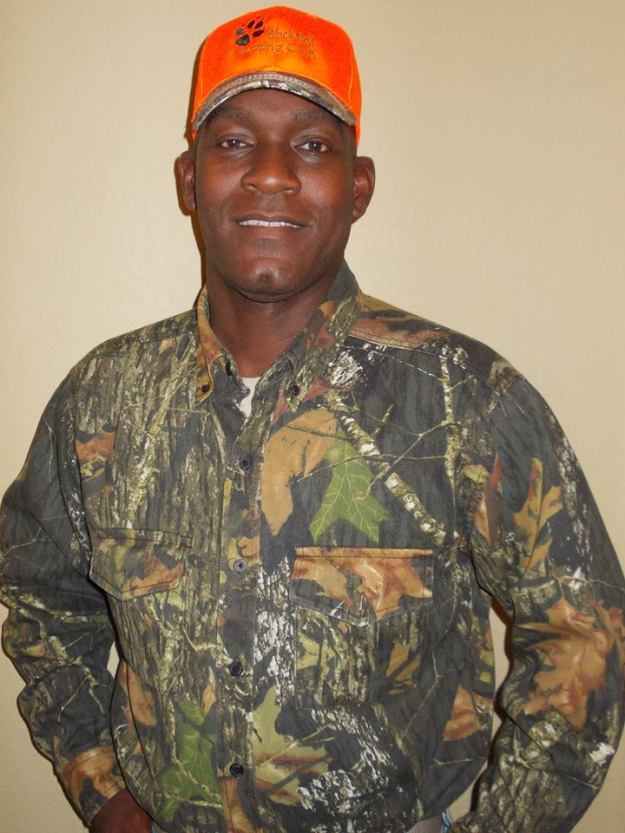 Q: Did you grow up in an urban or rural setting? Was hunting a popular sport in your community?
A: I grew up in a town of 17,000 people, and like many places in Alabama, hunting was naturally a part of my community.

Q: Did you grow up hunting or fishing? If so, who did you hunt with?
A: Growing up, I participated in fishing more than hunting. When I did hunt, it was small game in my backyard and in the surrounding neighborhood. Several of my uncles and cousins hunted, and though my Daddy was not a hunter, he did purchase a .22 rifle and took me squirrel hunting when I was 12 years old.

I became fascinated by stories of Native Americans being in nature and matching their skills against wildlife. I loved the idea of being able to hunt and survive off the land.

Q: What initially inspired you to pursue the sport of hunting?
A: I believe that some hunters, myself included, are born with an interest in the outdoors, which leads to an interest in hunting. While in elementary school, I became fascinated by stories of Native Americans being in nature and matching their skills against wildlife. I loved the idea of being able to hunt and survive off the land. I learned my great-grandmother was part Creek Indian, and I was even further intrigued. 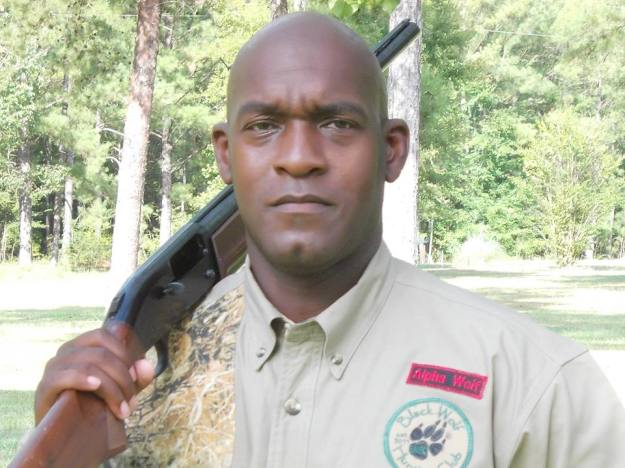 Q: Where do you hunt now that you live in Atlanta? How is your access to local hunting sites?
A: Now that I live just outside of Atlanta, I hunt all over the United States. To date, I have hunted in 10 different states, including Alaska. Locally, there are roughly 15 public hunting areas consisting of more than 140,000 acres within a two hour drive from Atlanta. Despite the availability of local areas to hunt, if a person never takes time to learn of these hunting areas, they can say “I don’t know where to go” as the reason why they do not hunt.

Life has shown me that the love and passion for hunting trumps all social and racial differences.

Q: Based on your personal experience, why do you think the sport of hunting is not more diverse?
A: From my personal experiences, there are four reasons why hunting is not a diverse activity. The first reason is that America has a long history of excluding Blacks and other minorities from the hunting scene, and even today the perceived message in those communities is that hunting is an activity that only White people do. While this may not be the intended message, many minorities feel that hunting is a White-only sport.

The second reason hunting is not more diverse is because many minorities do not feel welcomed in some hunting groups, since the faces and culture of these groups do not reflect them. Additionally, most hunting advertisements do not show diversity.

The third reason, and perhaps the most significant, is “mentality.” What a person thinks about hunting, whether or not they grew up with hunters, their self-image, where they see themselves in the food chain, and internal fears all play a part in an individual’s mentality. Despite the adversity surrounding hunting, life has shown me that the love and passion for hunting trumps all social and racial differences. When two hunters meet and share their experiences, it can seem as if they are new best friends.

Lastly, from my involvement in several conservation groups, I have noticed that White hunters seem to have a greater sense of responsibility than Black hunters for leaving an outdoor legacy, protecting the environment, and continuing the family tradition of hunting for their children and future generations. I have yet to see this level of involvement from the minority hunting community as minority participation in conservation groups is almost non-existent. Social and racial issues going on within our society also contribute to the lack of hunting diversity. 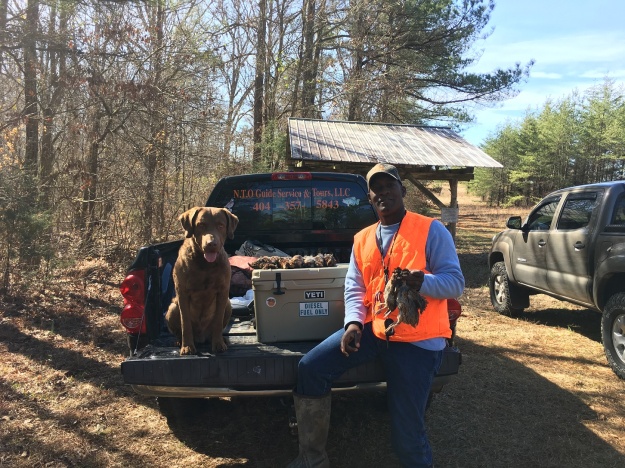 Q: In your opinion, what do you think are the main obstacles for people living in urban communities to engage in hunting?
A: I believe that people who live in urban areas, where there is the largest concentration of minorities, have a different outlook and mentality about hunting, and see hunting as a rural or backwoods activity. Urban and rural communities also dress differently, think differently, have different interests, and have a different view of guns. Another significant obstacle is introduction to the sport of hunting. For many, their families do not hunt, and no one has ever introduced them to hunting. Those who are interested in hunting may be suspicious or untrusting of those who want to introduce them to the sport. 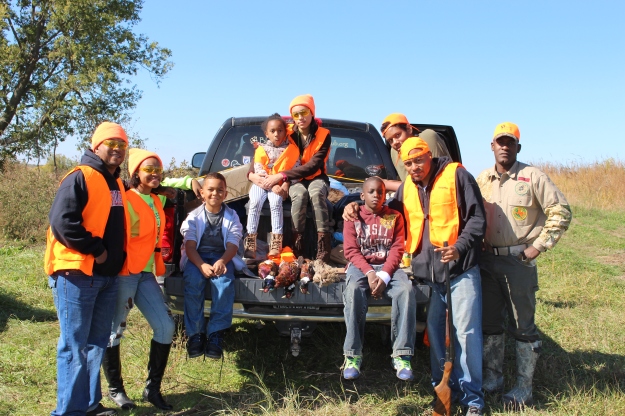 The time has come to stop just talking about diversity, and shift into taking action on increasing diversity in hunting.

Q: Is there anything else you’d like to share about hunting?
A: Many companies and organizations within the hunting industry realize the financial gain from tapping into the minority market. In 2016 alone, hunting expenditures amounted to $25.6 billion, and $36.3 billion in 2011.  However, the reasons and motivations for wanting to diversify hunting should be genuine and sincere, and come from a place of passion for diversity rather than money. The task of increasing diversity in the sport of hunting is not an easy one, nor can it be solved by a large sum of money; it is going to take a concentrated effort, led by experienced Black or Hispanic hunters, to get other minorities involved in hunting. The time has come to stop just talking about diversity, and shift into taking action on increasing diversity in hunting.

Hunting is a fun activity that offers a sense of freedom and self-reliance that cannot be matched. It is sad that hunting is not as important in American culture today compared to 100 years ago. This may be because the American landscape has changed and so have societal views on hunting. In my opinion, Americans have become increasingly more reliant on convenience and technology rather than self-sufficiency and self-sustenance. 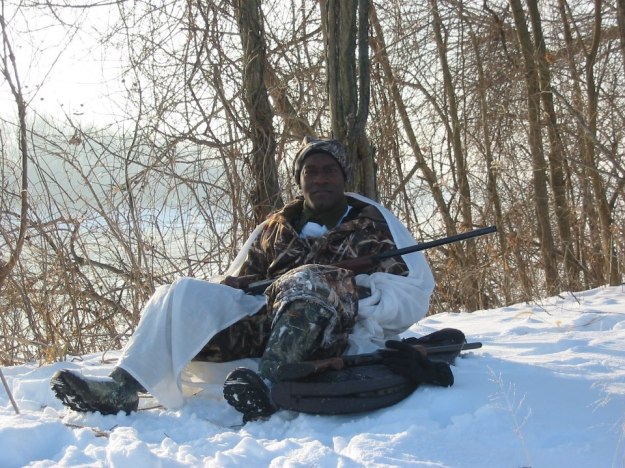 Q: In your opinion, how can public land agencies provide increased opportunities for hunters, regardless of where they live?
A: With well over 100 million acres of public hunting land available to the public, finding a place to hunt is not an issue. I think that public land management agencies should first identify their target audience, then sincerely and deliberately gear their efforts towards that audience.  In regards to outdoor diversity, public land agencies should invest time and resources into targeting minority markets by having outdoor days on public lands, having introduction to hunting days, offering a free hunting day, or offering select permits to hunt on public lands that would otherwise be off limits. In addition, having strong representatives from the minority community to spearhead the effort is a great way to showcase opportunities on public lands.

Stay tuned over the next few weeks as we continue this conversation with Eric!

You may be wondering how regulated hunting contributes to conservation, the mission of the U.S. Fish and Wildlife Service, and if it’s a sustainable practice.

Let’s start with the mission of the Service: working with others to conserve, enhance, and protect fish, wildlife, plants, and their habitats for the continuing benefit of the American people. A key component enabling the Service to carry out their mission is conserving and enhancing habitat, managed under the National Wildlife Refuge System. The purchase of federal duck stamps, required by all waterfowl hunters, provides the funding needed to conserve new lands, enhancing opportunities for outdoor activities where people can connect with nature. 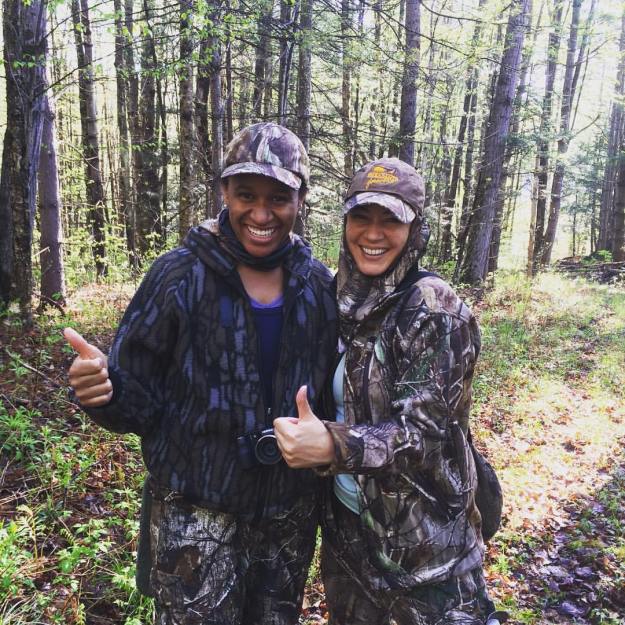 Outdoor opportunities, including regulated hunting, are among the benefits people enjoy through the work of federal and state partnerships. For many, hunting is a family activity that transcends generations. Many feel hunting not only teaches the value and importance of wildlife conservation, but teaches imperative life lessons such as patience, respect, solitude, and self-awareness. Scott Kahan, Regional Chief of the National Wildlife Refuge System, for example, feels hunting is an important way to reconnect with nature and spend quality time with his two sons. He writes, “I will cherish the opportunity to get out in the woods to hunt with my sons and reconnect with those things that are truly important to me.” 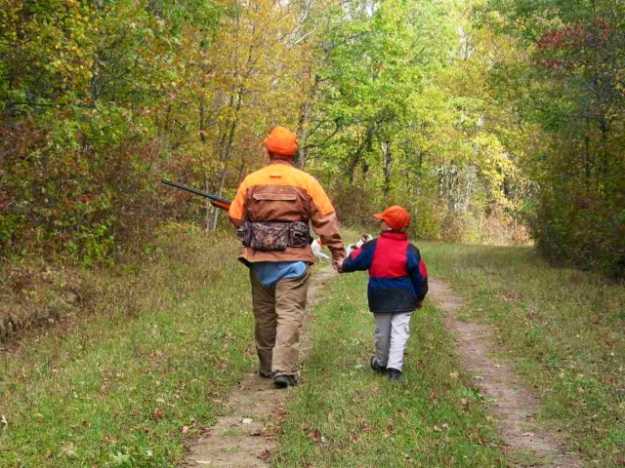 Scott Kahan and his son at Tamarac National Wildlife Refuge in Minnesota.

So how do hunters contribute to the Service’s mission to conserve, enhance, and protect wildlife? First, biologists study and monitor the populations of wildlife species that are hunted to ensure populations are sustainable and healthy, while law enforcement officers ensure that regulations are being followed by hunters. In some areas, populations of game species can become overabundant, limiting the amount of suitable habitat available for other wildlife. In these situations, hunting contributes to the conservation, enhancement, and longevity of habitat for all wildlife through the regulated take of an overabundant species. 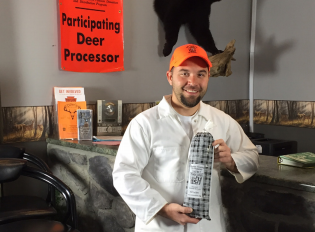 A meat processor participating in the Hunters Sharing the Harvest Program.

In addition to conservation benefits, hunting is a sustainable way to provide food for your family. Alternatively, if you enjoy hunting and have game meat to share, you can supply nutritious food for over 200 people by donating a single deer! Programs such as “Hunters Helping the Hungry” in New Jersey and “Hunters Sharing the Harvest” in Pennsylvania, allow hunters to donate their harvest to help feed those in need. Even if you are unsuccessful in harvesting a deer, you still had the opportunity to enjoy the outdoors, spend time with family and friends, and participate in a wildlife-dependent activity! 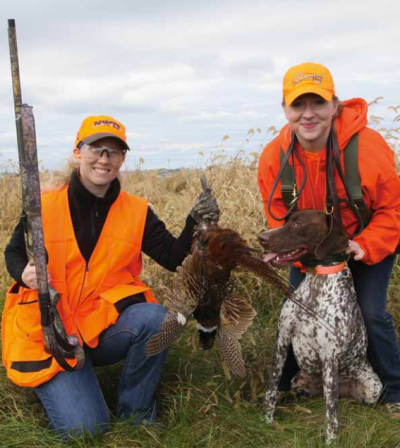 Are you interested in learning how to hunt? To obtain a hunting license, a prospective hunter must participate in and pass a hunter’s education course. These courses are funded by the Service through the Wildlife and Sport Fish Restoration program and are carried out by state agencies, and are designed to teach students to be safe, responsible, and conservation-minded hunters. Many programs are specifically designed for youth hunters, such as the Pennsylvania Junior Pheasant Hunt Program, where young hunters are guided by an experienced mentor throughout the hunt.

For links to state fish and wildlife agencies, click here. 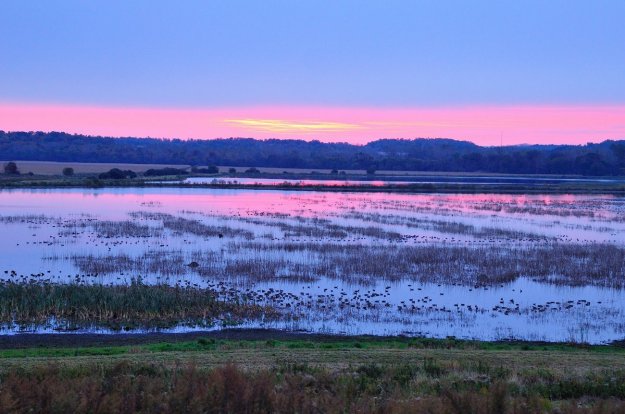 Due to a lapse of government funding, our WordPress blog account hasn’t been active since the start of October.

We’ll be back in the swing of storytelling shortly. Thanks for your support!