We’re bringing in the new year with a look back at our milestones for 2012. Check back each day for featured events and activities from across the Northeast! 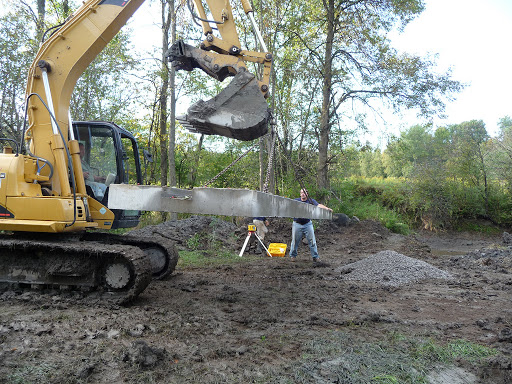 Biologists working to open 18 miles of Little Sucker Brook in Waddington, N.Y., to reconnect water for fish and other wildlife. The U.S. Fish and Wildlife Service’s Partners for Fish and Wildlife Program led the project. Credit: USFWS

The U.S. Fish and Wildlife Service has a hefty mission – to work with others to conserve, protect, and enhance fish, wildlife, plants, and their habitats for the continuing benefit of the American people. And in our rapidly changing world, there’s no way we could get the job done without your help.

The Service depends on partnerships to conserve the nature of America. Throughout its storied history, the agency has been committed to a collaborative approach to safeguarding landscapes and wildlife. Our strategy is to empower Americans to become citizen conservationists. The more the Service can empower people as stewards of the land, the more effective we can be in our conservation mission.

A number of partnerships were born, cultivated and flourished last year. Here are a few that we celebrated:

Migratory Bird Joint Ventures honored 25 years of partnerships for bird conservation. These cooperative, regional partnerships work to conserve habitat for the benefit of birds, other wildlife and people. Joint ventures have become widely accepted as the model for cooperative conservation, as they use state-of-the-art science to ensure that a diversity of habitats is available to sustain migratory bird populations. Of the 22 habitat-based joint ventures, two include parts of the Northeast — the Appalachian Mountains Joint Venture and the Atlantic Coast Joint Venture. Watch the video.

In 1993, the family initiated an independent, third-party green-certification of their forestland to the highest international standards. These efforts resulted in the Pingree’s Seven Islands Land Company becoming the world’s largest third-party certified sustainable forest products company.

In 2001, the Pingrees created the world’s largest conservation easement—ten years later, it is still the largest in the U.S. They sold all development rights on more than 760,000 acres—an area larger than the state of Rhode Island—to the New England Forestry Foundation, forever protecting over three percent of Maine’s land base.

The Pingree’s efforts have pioneered cooperative management agreements with the State of Maine and other landowners to protect valuable wildlife habitat such as deeryards, heron rookeries, falcon and eagle nesting sites, unique natural areas for rare and endangered species, and support for forestry and wildlife research projects. Further, their lands have been open to the public for traditional recreational uses.

You can enjoy more hunting, fishing, boating and wildlife-related recreational opportunities than ever before, thanks to 75 years of the Wildlife and Sport Fish Restoration programs. These programs, which celebrated their 75th anniversary in 2012, have made the difference between the survival and abundance of some species and many fish and wildlife populations are at historically high levels today. WSFR also helps increase the number of days and places where you can go afield or on the water to enjoy your favorite outdoor activities.