This blog is the third in a series written by Jr. Native American Liaison Zintkala Eiring to highlight our Tribal partners and the work they are doing to manage wildlife populations – in honor of National Native American Heritage Month.

For centuries, Tribal members from the Penobscot Indian Nation trapped, hunted, fished, and collected their food throughout their Tribal lands in what is current-day Maine. They passed along their knowledge to their children about when the salmon returned to the Penobscot River, where otter lived and nested along the islands, and how to collect fiddlehead fern at the right time. This traditional ecological knowledge was passed down from generation to generation – and is now used as important information to bolster scientific research about native wildlife and plants.

So, when Tribal members began experiencing changes in wildlife populations, they knew something was wrong.  Kristin Peet, wildlife biologist for the Penobscot Indian Nation, began researching the fur-bearing mammals in the Penobscot River, including otters, muskrats, and mink. In the past decades, Penobscot Indian Nation Tribal members of Maine experienced declines in the local otter population. Oral histories passed down through the Penobscot people describe ancient sites of otters that aren’t in existence anymore. The decline of known otter sites meant fewer opportunities for Tribal people to practice traditional trapping on the Penobscot River for subsistence. When Peet began her research on the otter population, she predicted the otter would be a prime environmental indicator of the health of the Penobscot River and its inhabitants. Combining the traditional ecological knowledge of the local Penobscot people, their account of the decline of otters, and Peet’s studies, they found that there are new otter sites which suggests a change in habitat preferences by the otter population.

To determine whether contaminants were present in the Penobscot River, Peet and the Water Quality Program of Penobscot Indian Nation, University of Connecticut, and Maine Department of Inland Fisheries and Wildlife began testing muskrat, mink, and otter for contaminants like PCB’s. These three species were collected from traditional Tribal and non-Tribal trappers and provided the team opportunities to sample for contaminants. The muskrat, a herbivore, had relatively low-concentrations of contaminants, but had high traces in the liver. The mink, a predator, had high contaminants of PCB in their muscles. The otters’ contamination levels varied from little to no presence. 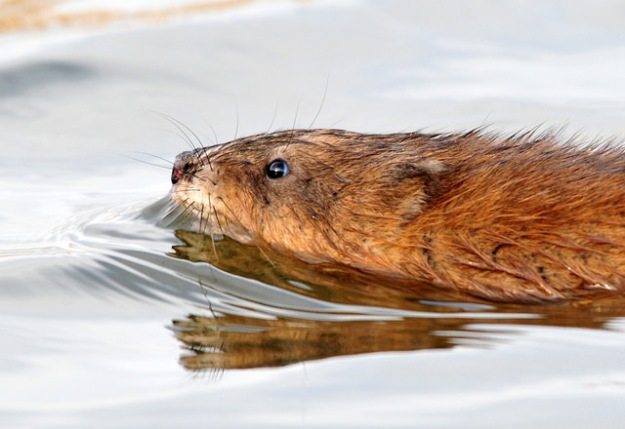 Muskrat, a sustenance food to the Penobscot people. In tradition, Penobscot elders eat the brain of the animal. The muskrat pictured here is from Seedskadee National Wildlife Refuge. Photo Credit: Tom Koerner/USFWS.

Using these findings, Peet and her team produced a culturally relevant brochure for Tribal members and schools. It is entitled “Wild Food Safety Series” and explains the traditional diet of fish, plants, and wildlife. It includes “do, don’t, and why” for traditional diets, how to culturally and sustainably harvest, and the recommended consumption rate for animals that have contaminant levels. For example, the brochure states individuals can “eat up to 10-ounces of brook trout and landlocked salmon from Penobscot nation waters per week” to help inform Tribal members in how they can practice their traditional subsistence practices safely. 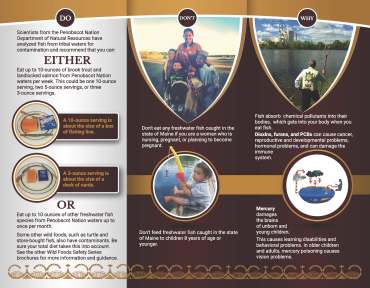 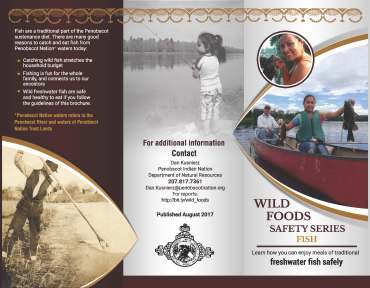 In the future, a “wild foods safety” brochure series be will available and will include other fish, wildlife and plants.

Once the wild food safety series is provided for plants and wildlife, Tribal members will know the healthy sustenance rate for muskrat, otter, mink, fiddlehead, and flagroot. In fact, Tribal community members will no longer have to travel North of the old papermill for fiddlerroot because the study showed it is healthy anywhere in Penobscot Tribal Trust lands, even downstream of the old papermill. 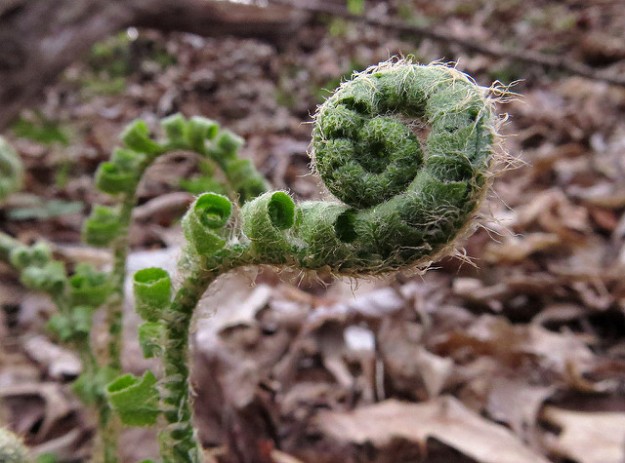 The Furbearers Contaminant Study was made possible by the dedication and efforts of the Penobscot Indian Nation and the Tribal Wildlife Grant program of the U.S. Fish and Wildlife Service. Grants are funded through an annual appropriation from the Land and Water Conservation Fund. For more information about tribal wildlife grants please visit https://www.fws.gov/northeast/nativeamerican/index.html