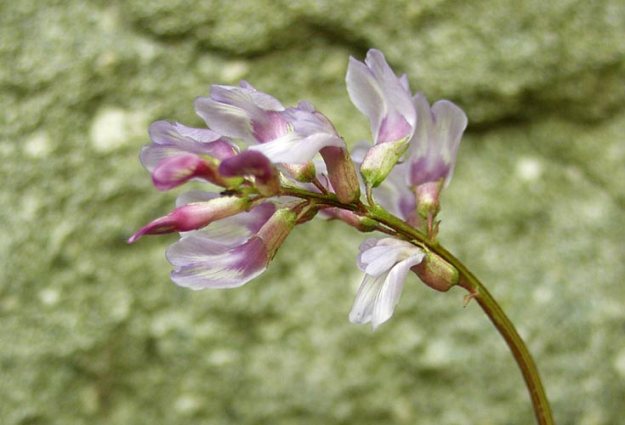 The endangered plant clings by its small roots to silt-filled crevices in the steep rock outcrops along the high water mark of the Connecticut River, bounded by New Hampshire and Vermont. The milk-vetch is part of the legume family. Small leaflets shoot off its leaves, giving the milk-vetch a slight resemblance to a fern. Bunches of tiny violet flowers bloom from these leaves in early May, followed by nearly inch-long pea-like sea pods in June.

By 1987, when the Jesup’s milk-vetch was listed under the Endangered Species Act, there were less than 1,100 plants at only 2 sites. The species’ survival has been sustained because of a strong partnership between the two states, supported in part by federal funding provided to states under Section 6 of the Endangered Species Act. State agency staff works with partners to evaluate threats and implement recovery actions.

“Jesup’s milk-vetch is certainly a survivor,” says botanist Bob Popp with the Vermont Department of Fish and Wildlife Natural Heritage Inventory. “The plants have to withstand summer heat and drought, winter ice scour and spring flooding.”

Bob works on the milk-vetch with intrepid botanists from New Hampshire, the U.S. Fish and Wildlife Service, the New England Wildflower Society and private groups. Each year, the team visits the sites on both sides of the river to count surviving plants and plant the seedlings carefully germinated from wild seeds and grown over the winter by the New England Wildflower Society. …Finish reading this story at our endangered species website! 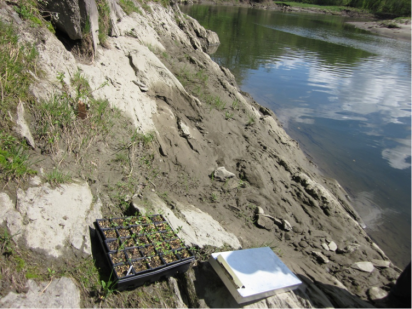 Flats of seedlings carefully brought to the steep slope of the Connecticut River. Credit: Alison Whitlock/USFWS 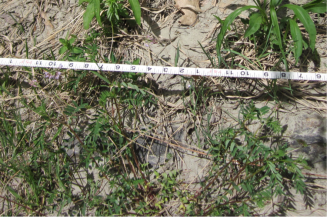 Can you see it on the top left? A successful transplant from 2012—already in bloom in early May! Credit: Alison Whitlock/USFWS

4 thoughts on “A cliff-hanger of a survival story: Jesup’s milk-vetch”