This guest post was written by Zack Royle, Habitat Restoration Coordinator for the American Littoral Society, as part of our #StrongerCoast campaign. Here, Zack describes the work being done to restore a coastal pond in Spring Lake, NJ.

On October 29, 2012, Hurricane Sandy struck New Jersey. The strong winds, driving rain, and (perhaps most critically) high storm surge caused wide-spread destruction. Roads and residences were flooded in the small Jersey Shore community of Spring Lake. The storm also cut an inlet into Wreck Pond, a 73-acre coastal pond situated on the town’s southern border. That may have marked the first time a natural inlet connected the pond to the Atlantic Ocean since the original inlet was replaced by pipe during the 1930s.

In the past, Wreck Pond was known as a fishing and recreational hotspot. Locals speak fondly of catching large “stripers” from the 1st Avenue and Railroad Bridges, and tell stories of kids swimming and playing in the warm waters. Old-timers also speak of the river herring (alewife and blueback herring) runs. In early spring, hundreds of river herring would migrate into Wreck Pond, travelling up its tributaries to spawn.

However, Wreck Pond became notorious in recent years for pollution and flooding. Even a small rain could push out enough bacteria to force a beach closure, while strong storms often resulted in damaged homes and property around the pond.

In the aftermath of Hurricane Sandy, the United States Fish and Wildlife Service (USFWS) funded and partnered with the American Littoral Society to restore and improve the Wreck Pond inlet. Because the natural opening made by Hurricane Sandy was filling fast, it was decided that the natural inlet created by the storm would be too costly to maintain. Instead, project partners pursued the installation of a box culvert specifically designed for fish passage.

As in other areas along the Atlantic Coast, the number of spawning river herring in Wreck Pond had drastically decreased, with evidence pointing to the current pipe as a contributing factor since it limited fish passage, particularly after it was extended in the early 2000s.

“I have been sampling Wreck Pond for river herring since 2006 when the original pipe was extended out to 800 feet and have seen a decrease in abundance,” said Captain Al Modjeski, Habitat Restoration Program Director for the Society. “I am sure there are multiple reasons behind the decrease, but by adding the secondary culvert, we will be able to improve access for fish and hopefully begin restoring river herring local populations.” 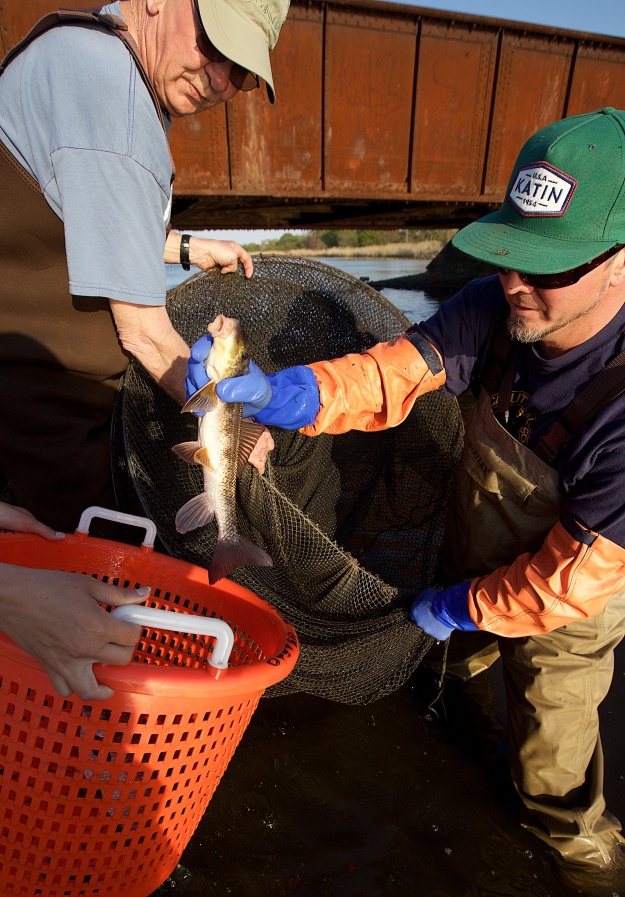 As an added bonus, the box culvert was designed to not only facilitate better fish passage, but also improve water quality through increased tidal flushing while reducing the risk of flooding for local residents. Recognizing these benefits, additional local, state, and private partners joined the project to secure further funding and add additional project components such as dredging and living shorelines.

“Basically, what came from the devastation of Hurricane Sandy was our [Spring Lake’s] ability and the ability of all government agencies involved to include Federal, state, county, local, and non-profits to collaboratively address community needs and work together to quickly find solutions that would improve the resiliency of the communities associated with Wreck Pond and maximize benefits from governmental funding,” said Spring Lake Borough Administrator Bryan Dempsey. “We were able to plan, fund, and implement a restoration project that helped people, improved agency interaction, and allowed for common goals to be reached more efficiently and effectively.”

In November 2016, the box culvert was completed. Its ability to provide flood mitigation was quickly tested early the next year when a large Nor’easter hit the region on March 14. Despite the significant rainfall and high storm surge, the pond did not overflow into the surrounding neighborhood and no properties were damaged by Wreck Pond flooding. 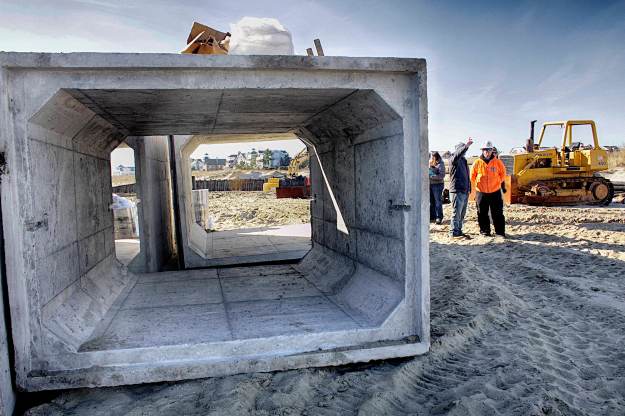 One of several sections of the 5.5’ x 8.5’ x 600’ culvert installed that connects Wreck Pond to the Atlantic Ocean. Photo Credit: American Littoral Society

The ecological impact of the culvert is currently being assessed. The Society has monitored river herring in Wreck Pond since 2014 and there are prior surveys from 2006 to 2008 that provide older reference. While it will take time to quantify a change in river herring abundance or fish community assemblage post construction, early results appear to show an increase of species entering Wreck Pond, with large schools of Atlantic menhaden and snapper bluefish seen near the pond-side culvert entrance. In addition, pinfish, needlefish, and larger fluke appear to be more abundant.

Zack Royle, Habitat Restoration Coordinator for the Society, has noted that “several young-of-year alewife were recently caught near the culvert by seine, presumably preparing to make their egress into the Atlantic Ocean. This is exciting news and gives proof that habitat upstream is suitable for spawning and that the culvert was needed.”

This project has also allowed the Society to engage the community, both through educational outreach to local schools and a citizen science monitoring program, as well as through the creation of a dedicated website. The Society has provided in-class lessons to approximately 500 students from St. Catherine School, Monmouth County’s Communications High School, St. Rose High School, and Wall High School. These in-class lessons are coupled with field trips that provide students with hands on experience conducting different types of scientific monitoring.

These engagement efforts have been well received by students and community members. It is helping to connect people to their local environment, and foster an appreciation for the natural world around them and the services it provides.

“I remember old timers talk about the stripers they’d catch there when a natural inlet existed prior to the Army Corps of Engineers sealing it up,” said Michael Perry a local resident trained as a citizen scientist to help monitor Wreck Pond. “After that it turned rancid and subjected south Spring Lake to damaging floods. The new culvert has helped mitigate these problems, so it’s exciting to witness the recovery and new vitality of the estuary.”

According to a note from Communications High School teacher Jeanine Gomez to Julie Schumacher, Habitat Restoration Technician for the Society: “The kids really enjoyed you (the Society) coming into the classroom and were so excited to get in the field. The ability to get students out and in the field helped to recharge my own love of teaching.”

The citizen science monitoring program, which was developed in October 2016, currently has over fifty volunteers helping the Society monitor water quality and tide elevation. This program provides important information that can be used to better assess the health of Wreck Pond post construction.

The work is far from done. Wreck Pond and the larger Wreck Pond Brook Watershed still face several ecological challenges. The Society and USFWS are committed to building upon the success of this project to overcome those challenges. Already, the USFWS and Society are working to install a fish ladder over Old Mill Pond Dam. This will open up almost an additional one mile of spawning habitat for river. 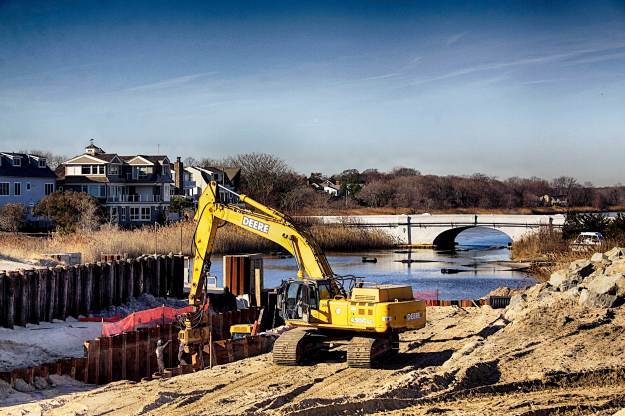 “The federal, state, county, municipal and volunteer efforts to restore the pond as a habitat for native and migratory fish plus waterfowl is unprecedented,” said Jay Amberg of Seagirt Department of Public Works.

With the culvert project and upcoming fish ladder, along with effective monitoring and outreach, Wreck Pond can once again become a healthy, ecologically vibrant coastal pond supporting a large spawning river herring population, a diverse community of fishes, and an active, engaged population of men, women, and children that can and will enjoy the natural benefits it provides.